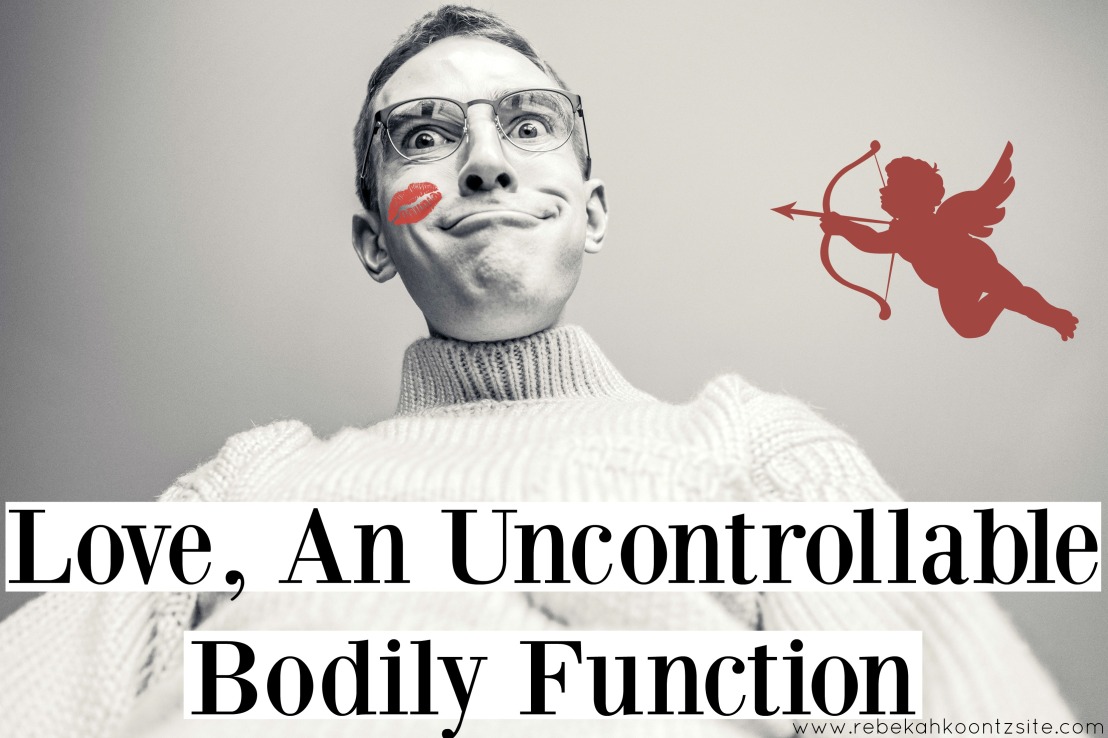 My home church has decided to embrace February with X’s and O’s. They have, cringingly, declared it Love Month, a phrase they proclaim with sentiment in their hearts and a sigh in their voice.

When I first heard the term Love Month, my stomach lurched for a bucket, a feeling—I realized—quite similar to love: an uncontrollable bodily function, repulsive to the people around me. Sounds about right.

I hope you’re not eating as you read this, because we’re going to talk about love. Got your bucket handy?

The initial feeling of love sneaks up on you. Like a viral disease, it’s stronger in its season (Christmas, New Years, Valentines Day). You see the symptoms in the people around you. You know it exists. Some people handle the illness better than others, making you think, “man. Taking a sick day off work looks quite relaxing, actually.”

You begin hanging around the infected, watching them make dinner dates and taking fun trips to Vegas. You’re not looking for anything serious, but you wouldn’t mind a slight cold so you have an excuse to lay in bed all day and have someone bring you breakfast on a tray.

You claim this wasn’t what you were intending, but you were the one coming home after hours instead of peacefully sipping peppermint tea out of your cat mug and tucking into bed at nine, as per your usual nighttime routine.

Now you’re sick. You can’t stop blowing chunks or spewing the deets about your special someone to anyone with ears. You go online and research your symptoms. You learn new terminology like BAE and BOO-THANG and torture your friends with these Urban Dictionary (the WebMD of love jargon) discoveries.

You’re toxic. Everywhere you go, everyone you speak to, and anything you touch automatically becomes contaminated with your sappy sentimentalities. People fear you, bolting the other way, terrified of being infected with such a horrible, horrible disease. Some think it may be best that you taper off the medication that’s making you act so loopy and so unlike yourself. And some people pity you, frowning and whispering in sad undertones to their neighbor, the doctors said it’s only a matter of time now.

When the contagion is at its peak, you’ve lost all control of your bodily functions. Typical practices, such as exhaling, become more drawn out and pronounced. Cognitive functions and everyday activities are interrupted by the life-altering symptom of daydreams. Concentration diminishes. Life slows to a halt.

Love sneaks up on you, like a tiny bacteria that floats into your airstream on a spec of dust and harbors, dormant, until the warmth of your body helps cultivate and spread the pathogens, and they overtake every cell in your body, and then you die.