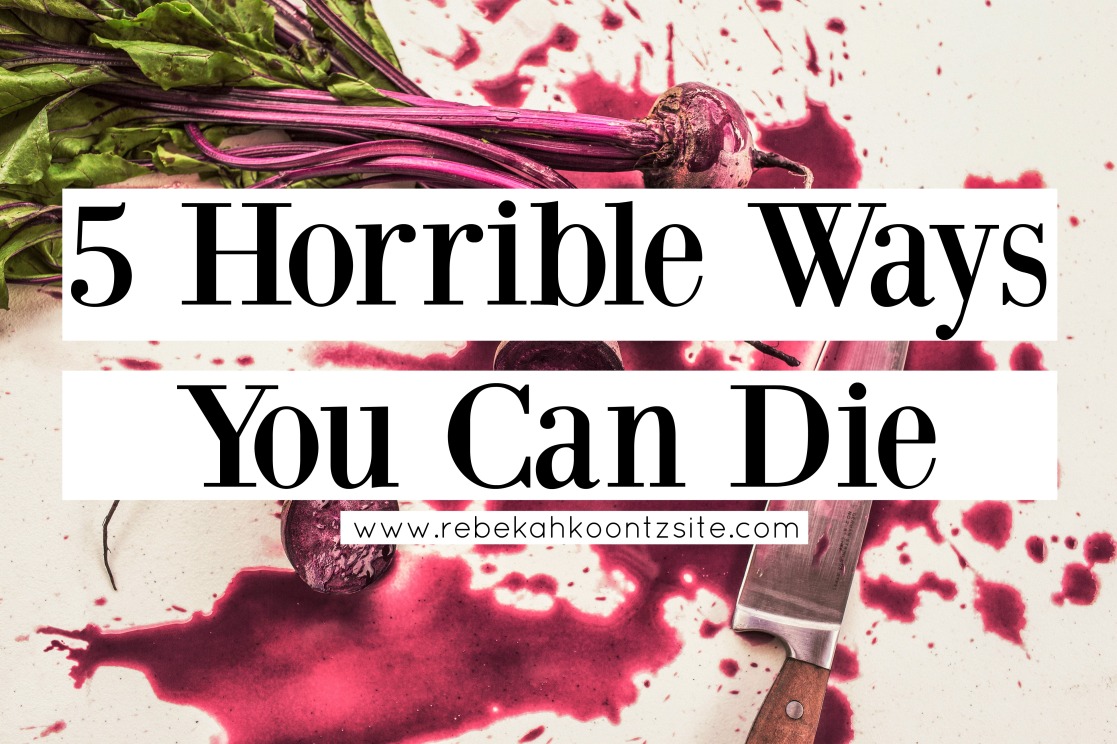 I wonder why anyone would click to read this article. But what possesses us, as human beings, to click on anything the internet has to offer?

No one is immune, friend. Nor are they immune to DEATH.

I’ve kept a list of stories and observations along my travels of some of the most ironic, grotesque, or plain mean incidents that life could possibly throw your way, which will lead to—well—your ultimate demise.

1. Being hit by an ambulance.

You gotta appreciate some irony if it’s your last day on earth. What better irony than being hit by a flashy square van that goes wee-ooo wee-ooo?

It couldn’t be any better except if its sole purpose was to keep you alive.

If it’s any consolation, it could get worse than being hit by an ambulance.

The impact your body created could set free some tubings and belts inside the emergency vehicle. Then, the tow truck intended to rescue you could break down on transit. And then that, that is how you die.

2. Drowning in the baptismal.

As spiritual as it may sound, it is not the way I want to go.

You wash it. You wax it. You excessively pay someone to vacuum the granola crumbs from the crevices of your imported Italian leather seats. You lovingly name it Telullah.

In Why He Isn’t Texting You Back, I made a joke about the boy having his foot run over by his own car. This made me spit with laugher.

Little did I know, worse than having your foot run over is being squashed by your gas-guzzling, pride and joy, do-not-drink-that-venti-frappe-in-here metal baby. And this can (and has) legitimately happened.

Get your brakes checked, kids.

4. Cheerleader falling on your head.

What possesses a girl to become a cheerleader is an answer that will forever be outside my realm of understanding.

Still, outmost respect to you cheerleaders for  always defying gravity with amazing stunts.

Just please don’t fall on me—because I will move out of the way.

5. Falling into a volcano.

I know what you’re thinking. If you’re stupid enough to fall into a volcano, maybe you had it coming…

Or somebody was thinking that. Not you.

This is one I got from an article called 10 Worst Ways To Die (my browser history will be somewhat of a concern if I ever were to see a therapist).

“Because of the relative density of lava, you’ll be delighted to know that if you were to fall into a volcano Gollum-style, you will probably not be swallowed like a rock plopping into the water. Instead, you will land on top of the lava with a soft little hiss (OK, I made that up) and then basically burst into flame. Which is pretty miserable and sad.”

So, besides everything else, falling into a volcano is miserable and sad.

From this point onwards, as long as you don’t die in any of these five ways, you can have the peace and satisfaction, and rest assured knowing: It could always be worse.

6 thoughts on “5 Horrible Ways You Can Die”