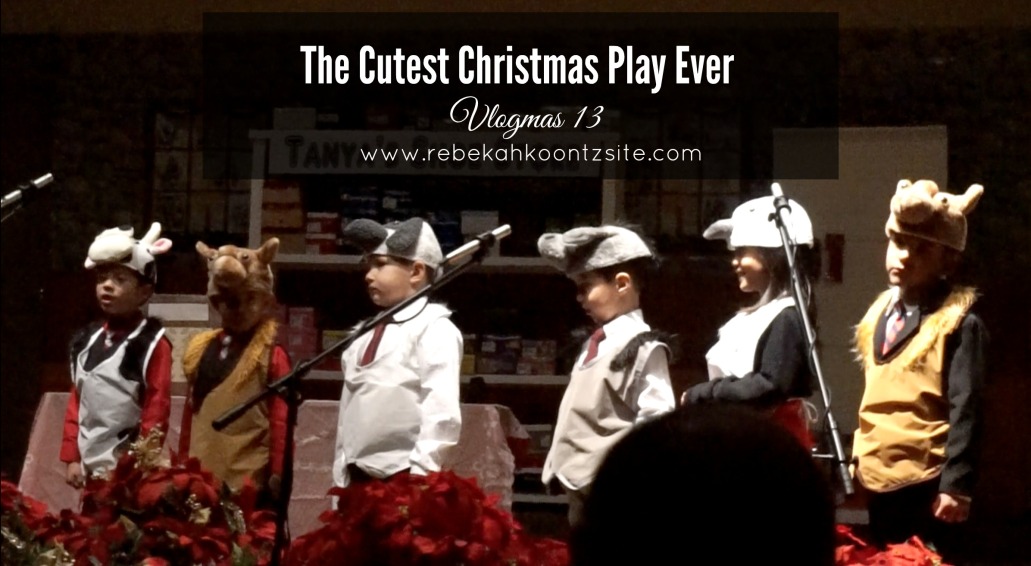 I remember the good ol’ days when I was in Christmas plays (unintentional rhyming…).

At fourteen, I starred in my first Christmas play production. I played a boy.  I wiped my nose down my sleeve and everyone winced. I was fantastic.

It was all downhill from there.

I spent every December, for years, with mixed feelings of excitement and dread as Christmas approached. Dreading the day of the performance, enveloped by nightmares of missing lines or being center stage and not knowing what was happening.

Never were there nightmares of being only in my underwear, though… So I guess that was cool.

All that to say, I always enjoy me a good Christmas play (unintentional rhyming…).

One thought on “Cutest Christmas Play Ever | Vlogmas 13”