I love movies. Spend fifteen minutes with me, and I’ll give you either an exact quote or ask you three different times, regarding three different movies, “have you seen —??”

Constantly, Chris and I have been saying we need a movie day. He doesn’t understand half of my movie references, though he can appreciate my actor impersonations.

We started last night, kicking off our marathon with The Fault In Our Stars.

Which warranted a lot of, “when is someone going to die?” from my family members who were overflowing with sensitivities.

It was obviously moving a little too slow for their taste. Chris agreed.

We then watched Pitch Perfect, so he could actually understand where the term “movication” came from.

My little brother and I were eyeing him closely during all the famous scenes, but no reactions were emitted from him, until the quiet girl fell in the puddle.

I saw the expression on his face and leaned in with a smile, ready to make it worse. I whispered, “puke angels.” He give me the exact disgusted Iook I desired.

Tonight is It’s A Wonderful Life. (I know. The poor thing hasn’t seen one of the most classic movies known to Christmas and mankind.) 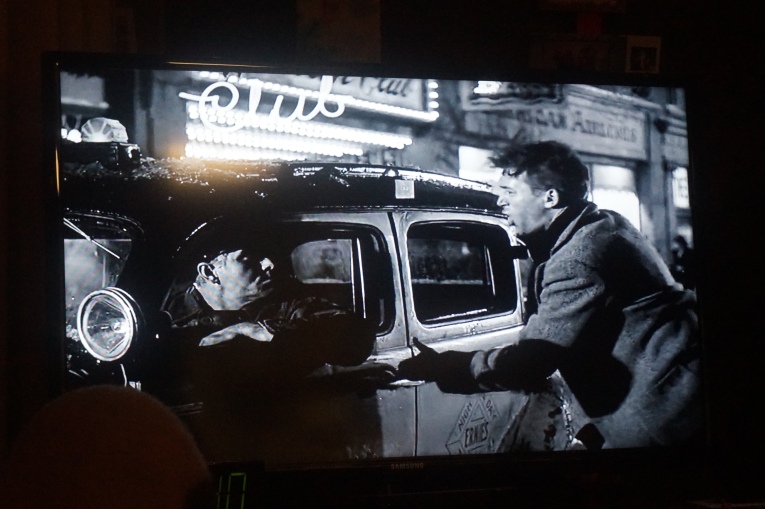 I don’t know if I had a long day, or it’s because we were up until 2am last night watching movies, but I’m already dying and it’s only 11pm.

We’ll see how long we last tonight. So far, there’s four of us holding strong, and every half hour, someone pipes up with “Chris! Have you seen such-and-such?” followed by “put it on THE LIST!”

Anyone else have a movie recommendation for him? Sometimes he’s the most frustrating movie watcher because of his lack of emotions, but he’s a very good sport! (I will abuse this courtesy.)

Who’s your favorite person to watch movies with?