My day started at five forty this morning. My stomach cringes at the thought.

Opening the shop went well, though. Everyone was very nice to me, and the time didn’t drag on.

A seventy year old man also asked me if I was married and if I had an older sister. I don’t know how those two questions correspond with each other, but I answered no to both.

I then drank a lot of coffee and came home and took a nap, because I knew tonight was going to be a long one.

Because we went caroling! (Doesn’t above look like a rock star pic?)

(Please excuse the imperfections in the following pictures. I’m still understanding my camera, and I was trying to walk and snap pictures at night so this was inevitable.)

We brought three guitars with us, lyric sheets, and a list of addresses to hit. The only problem was that our guy (Jake) who did all the phone calls and house searching got sick and was at home.

There was a lot of staring at the list and trying to understand street signs and address numbers.

We serenaded quite a few front doors as well. Like this one. 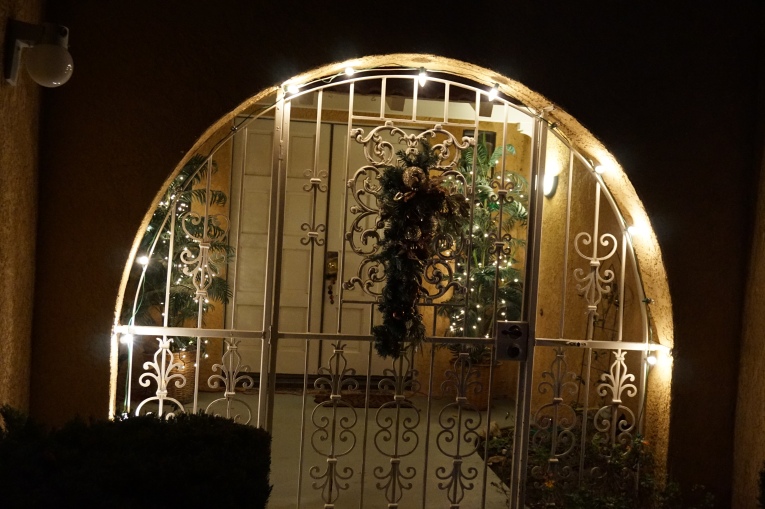 But we were still able to make a few peoples’ night (including surprising our senior pastor at his house). Our pastor was the only one brave enough to venture out of his house. Everyone else stayed safely behind the threshold. One man barely stuck his head out. 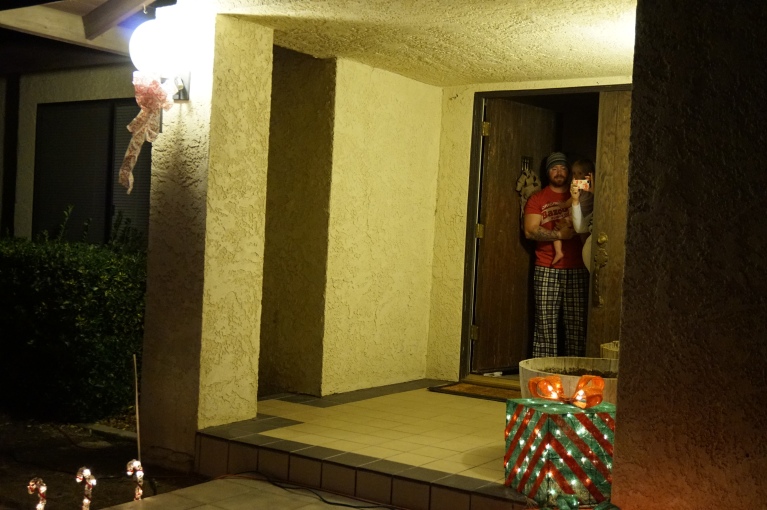 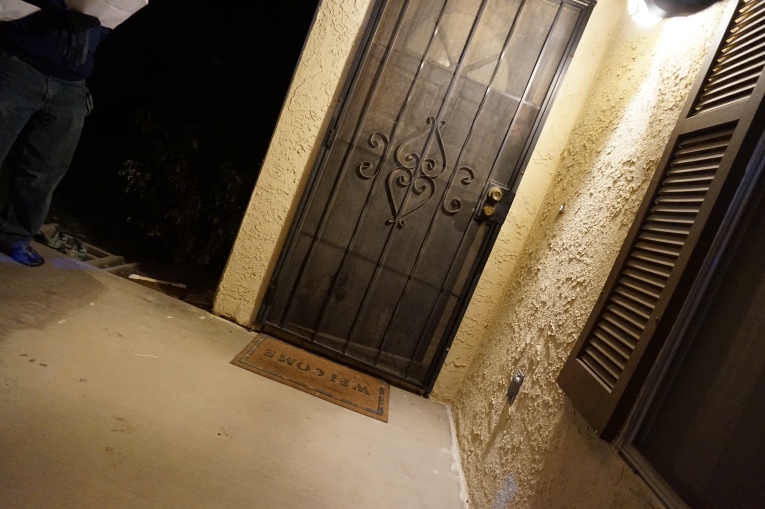 Did I mention my brother’s back? 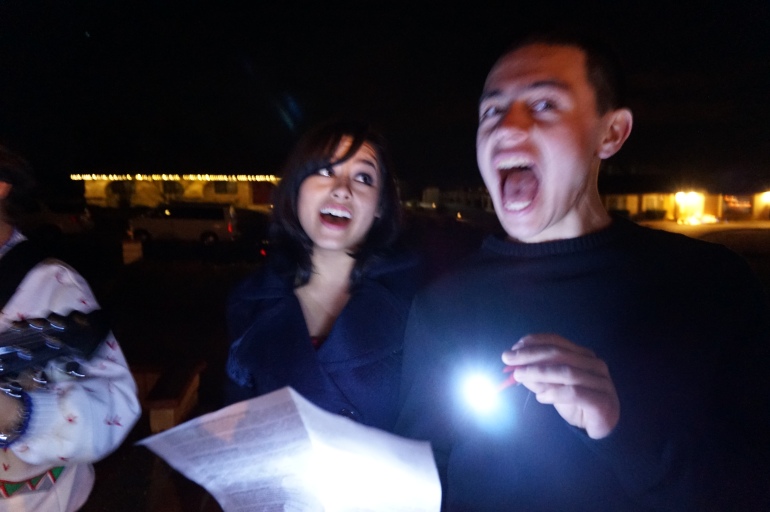 We were also able to visit Jake, the sickly one, at his house and sing for him. That was nice. Poor guy. I don’t know what happened from yesterday to today, but it got him good.

He said we sounded really nice!

After sufficiently exhausting ourselves from caroling, we went straight to Chris’ house for cookies and hot chocolate! 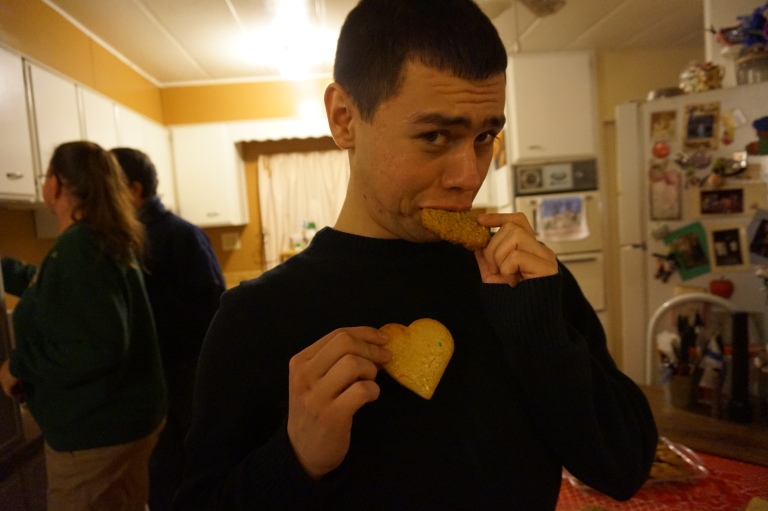 OOTD: White chunky sweater (borrowed from mom), rust colored soft scarf (assigned to me by mom so I wouldn’t totally freeze to death), black corduroy pants, and my Sea Cadet combat boots (I doubled up my socks, too). 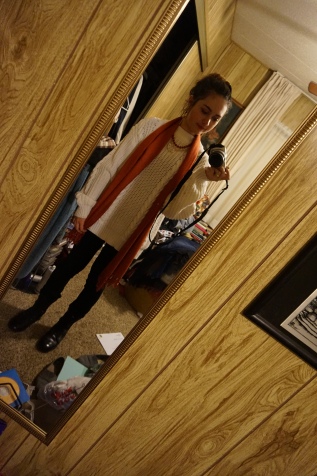