A lot of bridges and rivers/lakes. 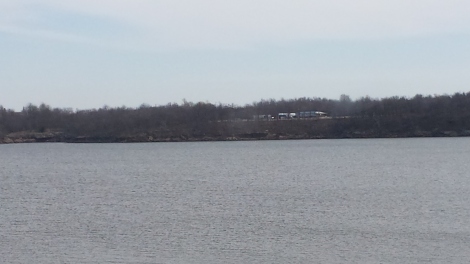 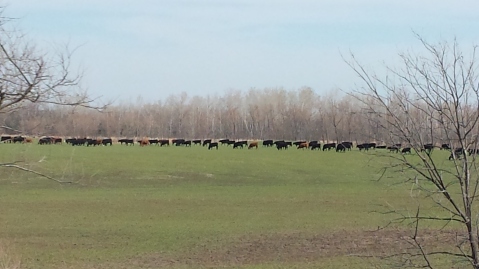 Have you ever truly watched cattle? They look so peaceful. Like how we look on a lazy day.

They’re usually a few miles away from a Steakhouse or two.

Something I couldn’t help but think of is that if cattle can not have a care in the world, when their death and consumption is, more often than not: DEFINITE. Why are we the one’s worrying, freaking, and acting like our lives are on the line half the time? Makes you wonder who, indeed, has the better existence.

Something to think about.

Lunch was Taco Bell, where I used Wifi to download a Bible app onto my phone. I connected it to the car speakers and we all got to listen to the first chapter of Isaiah 1. I’d like to say it was by my own saintly inspiration, but one of my friends has challenged me to read a chapter a day, and I get a little competitive.

If anyone wants to get in on the action, comment below and I’ll be sure to mention the continuation of it in future posts.

Then, it was back to lots and lots of this. 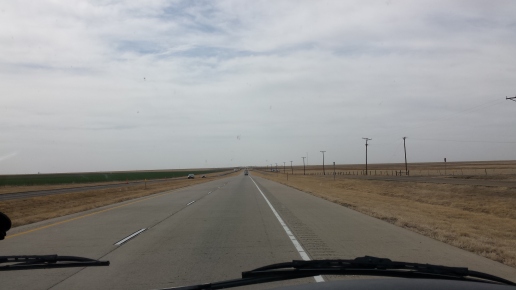 And instead of breathing a “wow” and thinking of how big the world we live in is. Or reminiscing about that stacked parking lot/shelving structure in New York that had a one-car elevator, just because it is so crowded in the city that people don’t even have places to put their cars, and then comparing it to all of this open, fresh land. No. Instead of doing or thinking any of that, I looked out at this and thought. .

I need to go to the bathroom.

And the closest thing to inspiration I got was hoping the door locked properly and that there was toilet paper available.

Then I was able to appreciate beautiful Texas and all it’s stretched out glory.

We’re back in Amarillo now, having a lot of deja vu. Feels like we were just here, instead of maybe three weeks? It’s crazy.

It’s also not freezing cold! The temperature has read 80s, which means my wardrobe of long sleeves and sweaters is going to start suffering.

We didn’t feel like going out again, so we ordered in pizza from Papa Johns, I believe. Then we all got behind a screen of some sort and began entertaining myself.

I said that I was simply too malnourished to be creative/witty/colorful/etc. I was practically forced into watching Netflix, episode after episode (at the risk of me reaching the end of the seasons and then having the Netflix-withdrawals that come with having to wait to watch my favorite shows). I couldn’t even remove my nail polish because I didn’t want to have acetone-fingers to pick up my slice of pizza with.

So we all waited. In a sort of funk.

Around forty-five minutes into it, my mom called. They said the delivery person was having car troubles and they apologized and apologized and said it was coming soon.

An hour and a half after the first phone call, my mom called a third time and asked to speak to the manager who was the one to actually take the order. He apologized like crazy and said that he must have set it for pick-up not to-go.

About two to three hours later, we were finally getting our two cheese pizzas. For free.

And by then we were all computer-tv zombiefied and watched Chopped, Tournament Of Stars together, on a real TV.

God’s always blessing us with free pizza on this trip, though. So there’s always an upside.

One thought on “A Late Dinner… Very Late”