Last night, my mom signed us up for an NYC Tour. For a whole day, we’d be driven around in a van to New York hot spots like the Statue Of Liberty and Empire State building.

The tour started at nine thirty am.

They picked us up on the dot, which of course meant I wasn’t ready. So I scrambled around, finding one glove, scratched the whole glove idea, grabbed my camera, and ran out of the hotel room.

We were the first ones in the van, which was pretty awesome because we got the front seats (and thus could hear every argument/mumble between our two tour guides) and were immediately issued “The Map” of the area, cell numbers of our tour guides, and a handful of candy.

They called themselves the “John and Johnny Connection,” because John was our driver, Johnny our main tour guide. They’re affiliated with Topaz Tours if you’re interested.

One of Johnny’s favorite lines was “I’ve got my eye on youu,” which he said either when someone was being a smart alack, or at the beginning of the tour, assuring us that that meant “I’ve got your back, and I’ll take care of you.”

We went on to the next hotel to pick up the rest of the people who would be in the van with us, ultimately being a really nice couple from Tennessee, three ladies from Cuba, a mother and little daughter from Florida (her cute little girl has already decided she wants to travel the world, being it was her birthday, they came to New York), and a sweet woman from Hong Kong.

For the first few hours, that’s exactly what we called each other, “Florida,” “Tennessee,” “Cuba. .” until finally we just turned to each other and asked “what is your name?”

We had been running behind (luckily not because of me). So before our boat ride to the Statue Of Liberty, we stopped at Fulton’s Market (I feel like I’ve heard that in a movie somewhere) for lunch. 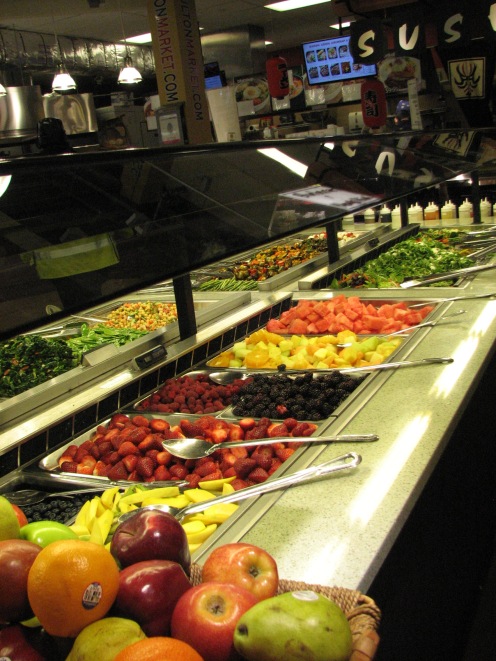 You take a clear plastic take-out tray and fill it with the food you want, set up buffet-style. They charge by the pound there and have a small eating area on the second floor, overlooking the craziest looking “parking lot” I’ve ever seen. 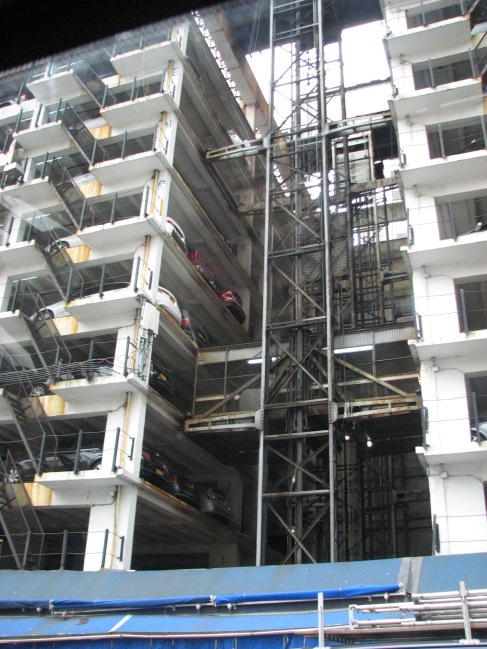 The parking lot is in layers. An elevator will actually take the car up individually in order for it to be parked in the open space. This was one of the many crazy looking parking lots we saw. Another was one where the cars were actually parked in front of each other, maybe even behind three or four other vehicles, and somehow they could get the car out from behind them and available with a machine.

This is just how packed New York is.

The cost for just a one man apartment in New York is 1.2 million dollars.

People who are really serious about looking for an apartment will flip to the obituaries in the paper and call the same day.

This is one of the most crammed cemeteries I have ever seen. If that’s not enough, it’s 365 acres long, having around three million burials, making it the largest in the world.

“Yes, there are two things you’ll never be short of in New York. The first one is people, and the second, traffic,” Johnny told us through the microphone in his perfect announcer voice.

Traffic can either be horrible, miserable, or downright impossible they said. I don’t know how people get around in this city. It’s insane.

He also said that’s it’s the worlds biggest “melting pot,” having more Puerto Ricans than in San Juan, more Irish than in Dublin, and more Jewish than in all of Israel.

We took a New York water taxi across the Hudson River to “The Lady in Green.” It was 42 degrees and freezing. My coat doesn’t have any warm pockets to shove my hands in, so I wimped out, and my mom and I ran to a nearby vendor and quickly asked about the price of his gloves. He said five, but that was for the thin cheapo looking ones at the bottom of his display. Not the nice thick ones.

I scrunched my nose and said no thanks, and we were about to run back to the group before they left us when he suddenly exclaimed “five dollars! All!” We ended up browsing, haggling, paying, and running back to the group in maybe forty seconds, and before anyone – anyone – noticed we had left. It was somewhat disconcerting.

Johnny had told us to sit on the right-hand side of the taxi, cause that’s where the majority of the sights were. We started inside, where it was warm, but I eventually ended up on top, with the wind whipping my hair in my face and toppling around on my feet with the rest of the photographers who hadn’t developed their sea legs.

Freezing out on a boat – albeit for an hour – takes a lot out of a person, but we were just getting started.

And it had only been an hour.

Our next stop was the Empire State Building. 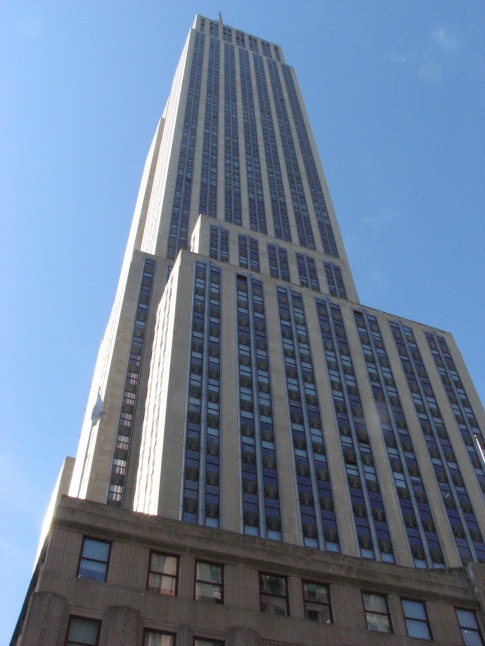 So many romance movies come to mind.

But at twenty-seven bucks a pop and security check just to get up there, it kind of loses it’s spontaneous, “meet me at the top of the Empire State Building on Valentines day” romance. 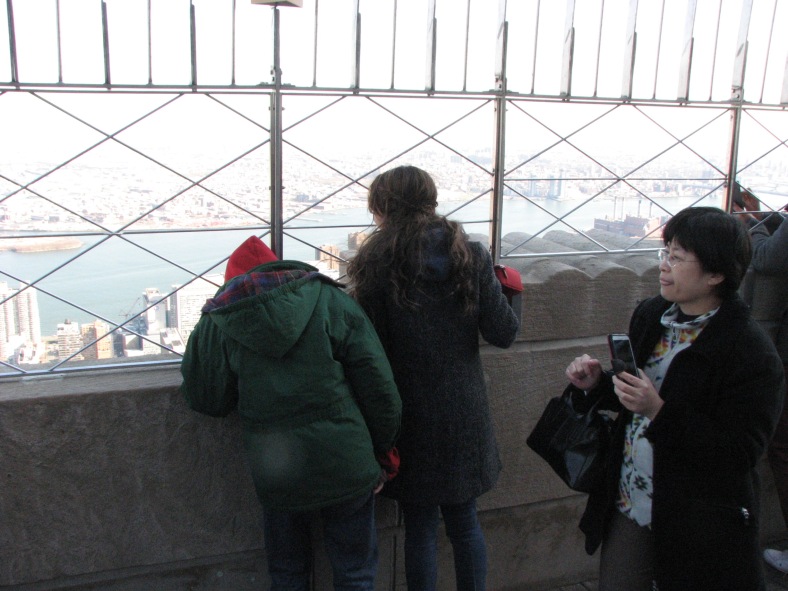 I had to lean on the wall a bit to get a few shots. Something about me is that I’m scared of heights. So these pictures of the roads, where I had to face straight down, are really me facing my fear.

Then I got super dizzy and had to back away for a little while. It’s so high.

Flora from Hong Kong (I eventually asked) was sweet enough to take the pictures of me and my family. And I think they turned out really well. It was a challenge not to have us be silhouettes and not to have the background be white.

Our last stop was Times Square. 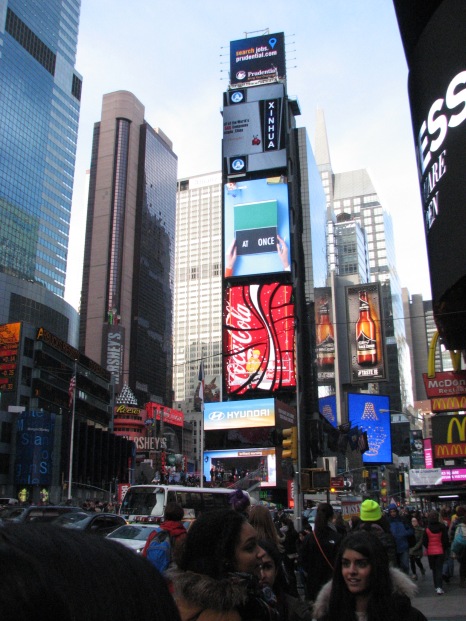 They parked the van across from the M&Ms store and gave us thirty minutes just to walk around and browse. We split off and went to the Toys “R” Us store and Disney store, the two biggest in the world we were told. And of course, we had to check out the M&Ms store, where you can seriously get any color of M&M you could possibly want.

“Just like you always take the girl home from the ball, we will drive you home to your prospective hotels,” Johnny said. Apparently, they’re the only tour that does that.

And it’s an awesome feature. The last thing you want is to have to figure out how to get home after such a long day.

But we learned a LOT.

And finally, it was time to say goodbye to our Tour Family. 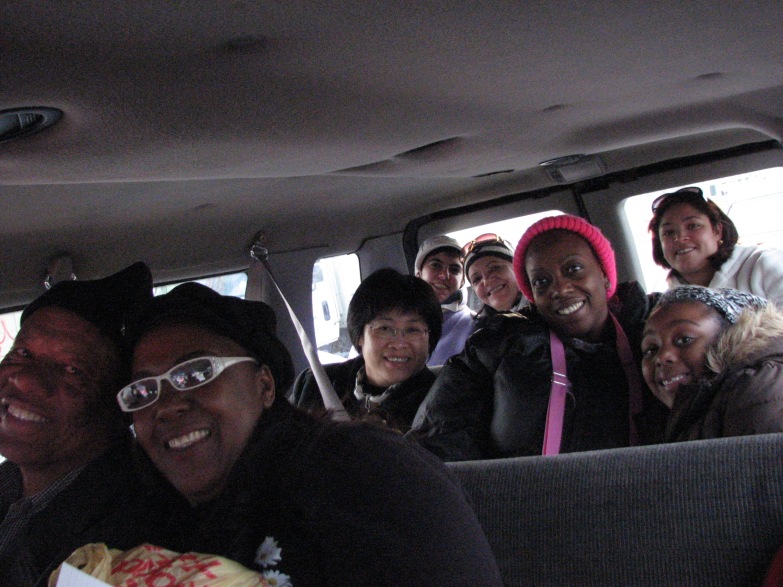